These fabrics are produced from natural dyes and carefully woven on traditional horizontal wooden looms. The material is then transformed into rustic striped cotton pieces; matching the ivory clouds and the fierce sun in their pure tones.

Women’s weaving groups are scattered throughout the haunting mountains of this region; loosely-organized co-ops where women make a small profit to support their families with these sustainable pieces that can be used as blankets, throws or towels. But for the locals, they are much more than a decorative piece.

The history of this striking red and white fabric is as fascinating as the women who wear them-the hearty women of the Rif region of Northern Morocco have worn these ‘mandils’ as aprons for centuries. The reason is deeply rooted in a utilitarian sense; the fabrics are used for practicality-they are deeply warm in the cool, mountain air and can easily be thrown over other clothes for extra insulation. 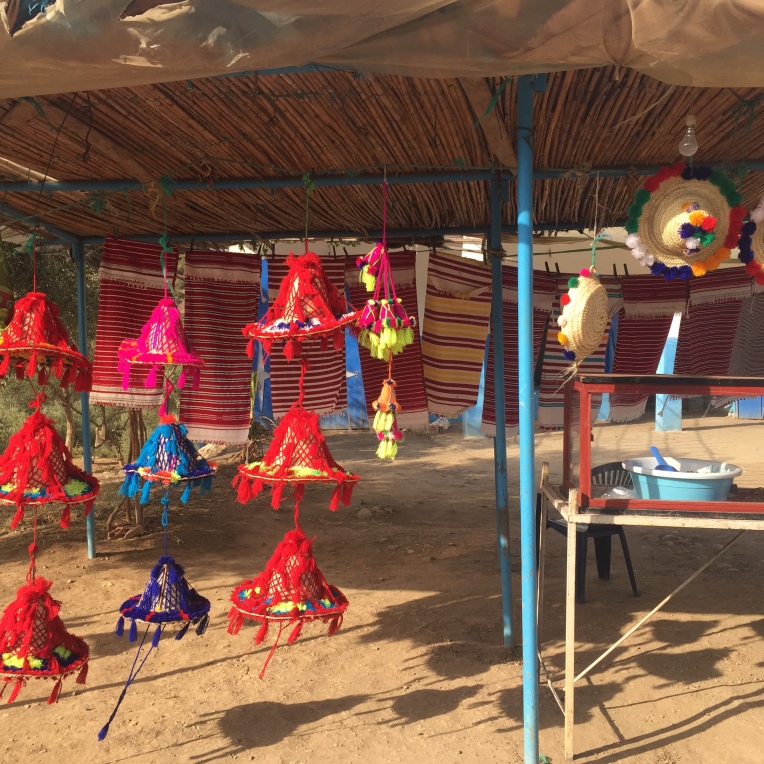 Side of the road shop

And why the red and white stripes? The answer is, like the history of Chaouen itself, a bit of a mystery. One theory is that the stripes have just evolved as a natural way to add interest with a simple pattern.

Another speculation is that the Rif region, once Spanish in its possession, has much to do with the presence of the bold pattern.

Color is clearly an essential part of Chaouen’s rich history. Chefchaouen, which translates to ‘see the two mountain peaks’ in Darija, was founded in the 15th century and initially populated by Jews and Moriscos fleeing the Spanish Inquisition.

Many stories have circulated over time as to why Chaouen is so utterly blue. Some say that European immigrant Jews chose to paint the tiny town sapphire upon fleeing Hitler’s Nazi regime. Some insist it’s a natural protection against mosquitos. And some even claim that Chaouen is blue as part of its etheral and spiritual aura. In any case, the haven of Chaouen is famous for its gorgeous blue hue; throwing peaceful shades of vibrant azure throughout its charming, winding passageways. 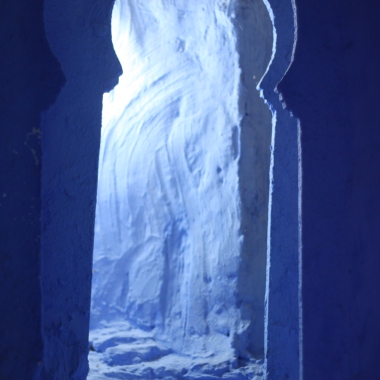 The Blues of Chefchaouen 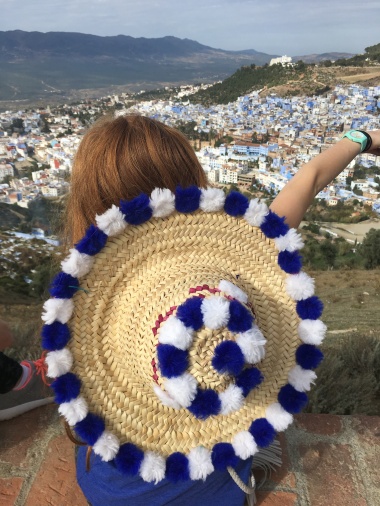 Tara’s girls on a visit

Chaouen has still managed, over the years, to keep much of its pastoral, tranquil appeal. It’s one of those places where you feel you might have just stepped back a few hundred years. In fact, time seems to slow down in Chaouen. Locals still seem to follow sunrise and sunset as their faithful guide. After all, the community around Chaouen is still vastly a farming one. The Rif Mountain range is enormous, spreading from Tangiers all the way south and east to Tetouan and Chaouen.

The women of the Rif mountain region have adapted to a rugged, rural terrain for centuries. They need clothing that is sturdy, robust and lasts over time. The thick, softly woven cotton of the mandil is ideal for these hard-working locals.

Most female weavers learn their trade from birth; carefully watching their mothers, aunts, sisters and grandmothers patiently labor on their looms, their worn, creviced hands working tirelessly day in, day out. Weaving, sewing, embroidering is in their blood; it flows through them like the blue paint that is stirred in the vivid colors of the old medina doors.

One such women’s group is high above the tiny village of Dardara, 10 km from Chaouen, about a 35-minute bumpy drive down the mountain and into the larger town. The co-op doesn’t even have a name; it is just a small building with no water or electricity and a group of very active female weavers.

Typically, one mandil takes a full day for a woman to weave on a basic wooden loom. The supplies cost about 10 dirhams ($1). The mandil then sells on the local market yielding a few dollars profit, a substantial amount for the weaver.

The telltale traditional red and white colors of the mandils vary depending on the communities of women who wear them throughout the enormous rural region. They are really the identification keys of each community.

In recent years, these distinct materials have caught the eye of vendors and tourists alike.

Other colors, as a result, have been introduced as an entrepreneurial spirit has taken over and merchants have started requesting additional patterns and colors. However, the true originals are deep red and white. One can still see this if you catch a glimpse of a local woman washing clothes or selling vegetables in the surrounding villages. The indigo shades of Chaouen are now visible in the blues and whites of the mandils as well.

The practicality of these fabrics have two benefits for locals-the men and women weavers of the region will always need the mandils for their physical labor as well as protection from the harsh elements. In an enterprising sense, there will also likely continue to be a demand for this unique product to tourists visiting the region.

The story of the mandil is a success story in Morocco for of women creating an income for themselves and seeking an independence that they would not normally be able to find in such a traditional region. These women’s weaving co-ops create a unique means for women to have a small income in a bucolic area, where they would not normally have had the possibility to go to school to learn a trade or profession. This gives them a chance at success; no matter how small it might seem.

These shades of Chaouen-the rusty red of a brilliant sunset from the peaceful rooftop terraces, the pristine white of the puffy broccoli-shaped clouds above the tremendous mountain peaks, the dreamy blue of the dusty medieval doors of the old town. Paramount to the region and etched forever in the hearty cottons of the mandils. 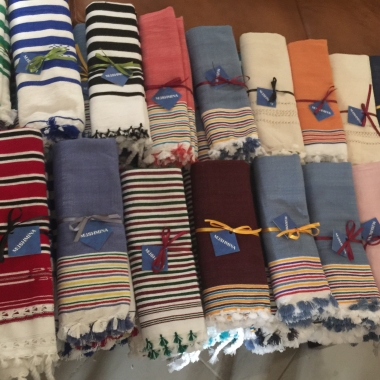 *any ad content below this is not related to Mushmina